Stomping in the Mud Play Group is a rich, natural outdoor play environment where children have the opportunity to play outside,
rain or shine ... a chance for preschoolers to 'live in the moment' while learning through play.

Spider in the Shadow!

At Stomping pretty much everything that we put out for the children is considered a 'loose part'. This means the children have the opportunity to use our things in as many different and creative ways as they can think of. Recently we set out a playscape with spring loaded tongs. The tongs are wonderful for small muscle development, and they are always very appealing to the children. 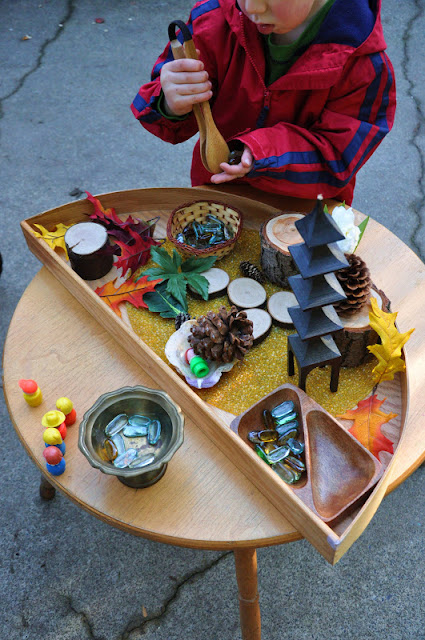 We have two sets of tongs - one wooden and the other metal. The children were having a wonderful time experimenting with the sizes and weights of things the tongs could pick up. 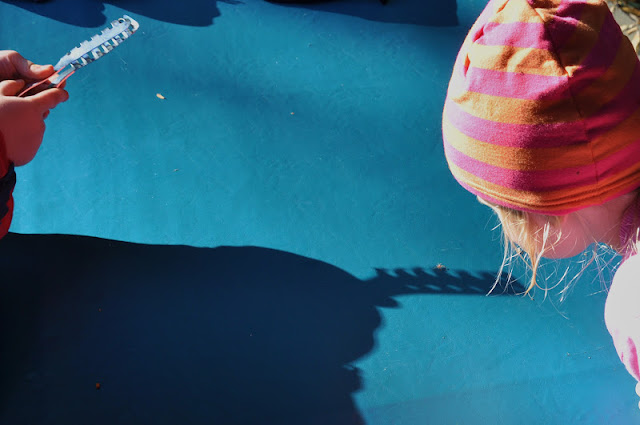 The boy with the metal tongs overheard that there was a spider running along the near by table. As he approached...still holding his treasured tongs...he noticed that the tongs were casting a shadow over the spider! 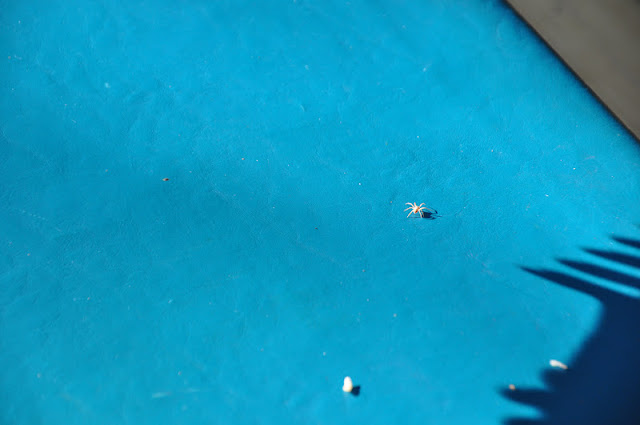 Soon he was 'grabbing' the spider with the shadow of the tongs. Opening and closing as the spider ran down the length of the table. 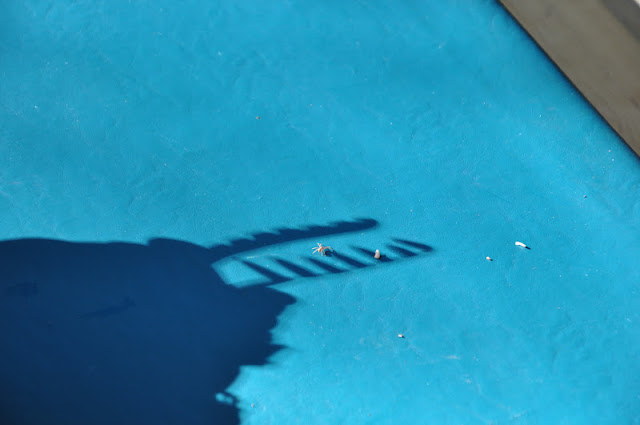 This is one of those 'Wow' moments in the field of  Early Childhood Education that could never have been planned.  The children were mostly quiet - they were observing and processing the moment. The lesson was powerfully obvious as our friend followed the spider along the table with the shadow of the tongs. 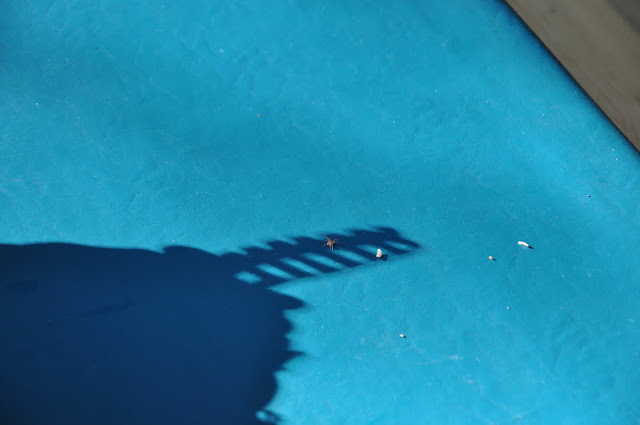 Later, when Dianne and I were reflecting on the experience we felt great satisfaction in knowing that by our giving preschoolers lots of freedom to play and experiment with all that we offer we are supporting their individual learning styles and development in a powerful way. 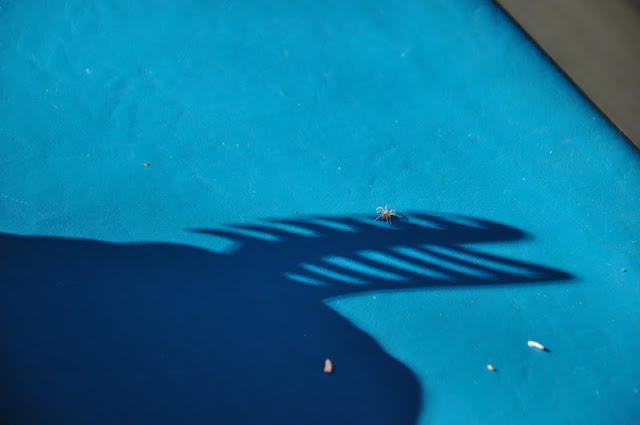 It was learning in the 'moment' at its best. Thanks for 'Stomping' by! 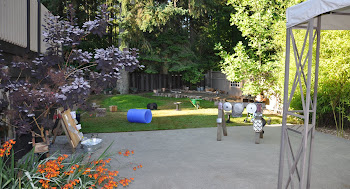 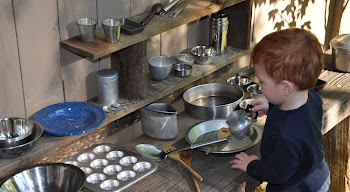 Stomping in the Mud Play Group
Victoria, BC, Canada
Hi there, my name is Dianne and the field of early childhood education has been my passion for over 30 years. Yes, I started in my early 20's. I recently retired from a preschool where I was the supervisor/manager for 23 years. In 2004, I was awarded the Prime Minister's Certificate of Achievement. I believe that preschoolers learn the most important things not by being told but by constructing knowledge for themselves in interaction with the physical world & with other children- they do this by playing. Play is natural. Last but not least, I am blessed to be granny to four grand daughters.